Lubrication and Reassembly of the Declination Axis

This procedure will guide you in re-assembling the HEQ5 Declination axis and follows on from the stripping down and cleaning guide HERE.

Note 1 : Very little of the mount assembly requires brute force on tightening down components. They need to be firm but not so tight the threads pop. Generally a light touch is required rather than brute force. Remember this is a precision piece of engineering and many of the fittings are aluminium so threads can be easily stripped and ruined.

Note 2:  When this guide was originally written the accepted wisdom was that white lithium grease was an overall good lubricant. However it would appear that standard white lithium grease may cause problems under some extremes of damp/temperature. All of the mounts I have rebuilt have been done with white lithium that is stable and often mixed with a syntehtic like Teflon or PTFE. It is best to consult the manufacturer on the quality of the product. 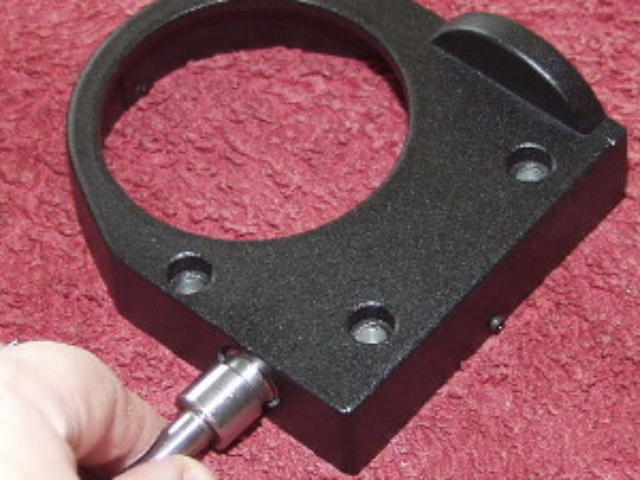 Note: the worm has a longer spindle one end than
the other.The longer end goes to the motor gear. 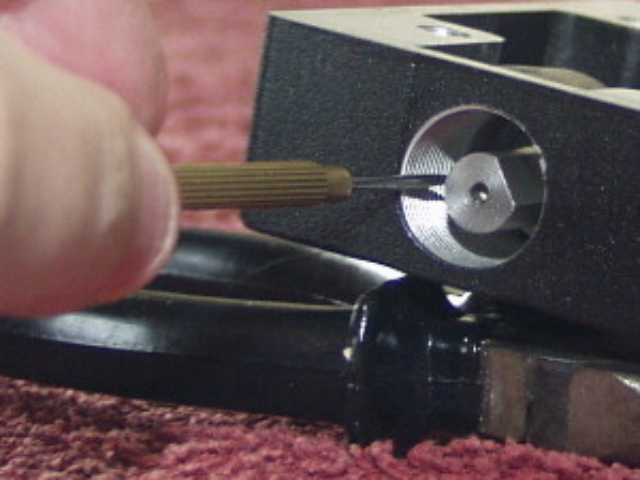 Replace Float AdjusterReplace the float adjuster and tighten down. The
adjuster should be just tight enough to stop the
worm moving from left to right in the carrier but not over tightened. If it's too tight the mount may 'bind'. 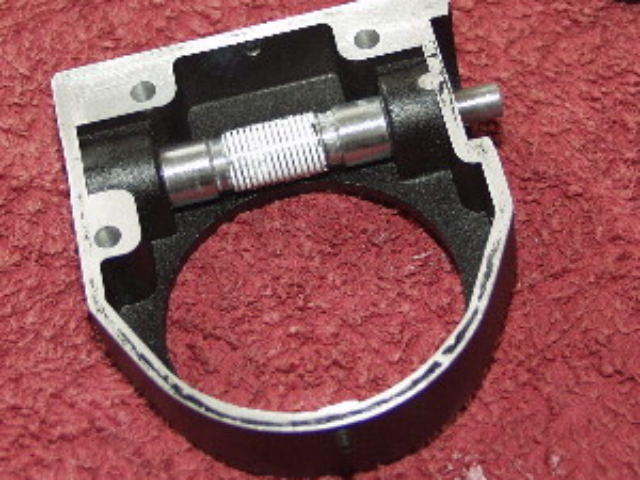 Assembled Worm CarrierHere is the assembled worm carrier. Its been
cleaned and loose flaky paint removed.
You can see the worm now has a thin coat of lithium
grease.

Note: The motor gear can be reattached now or left until later.The motor gear must have one of its set screws on the flat portion of the worm spindle. 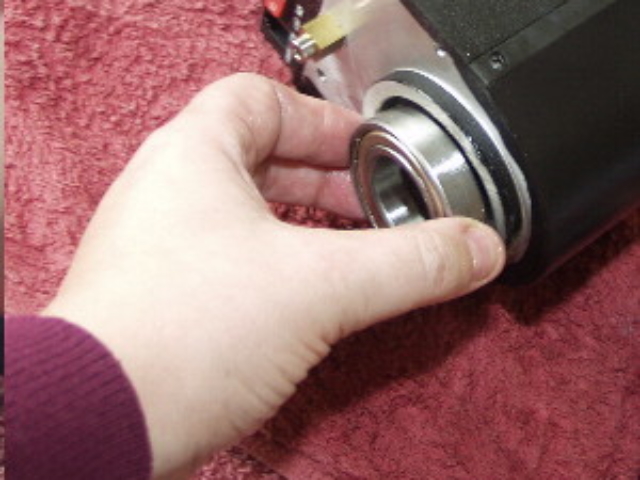 Replace Main Housing BearingReplace the bearing in the main housing. Apply a thin layer of lithium grease to its surface. 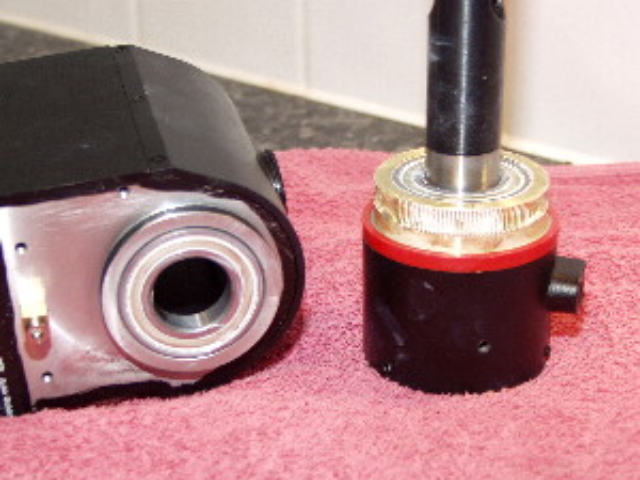 Brass Worm Gear Re-assembleReassemble the brass worm gear with its bearings (you may need to tap these in with a nylon mallet) and replace the assembly onto the Declination barrel and shaft. Apply a thing layer of lithium grease to the gear and all bearing faces.

You can also see in this pic the main housing bearing has had lithium grease applied to its bearing face. 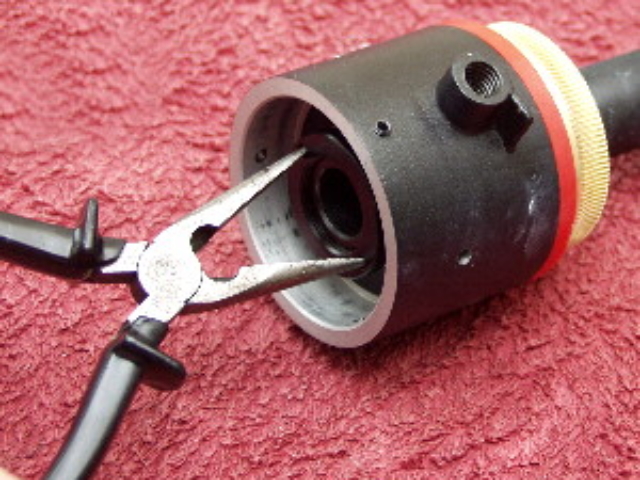 Declination Barrel Nut ReplacementReplace the round nut in the Declination barrel. Tighten down using the long nosed pliers or a pair of small screwdrivers. 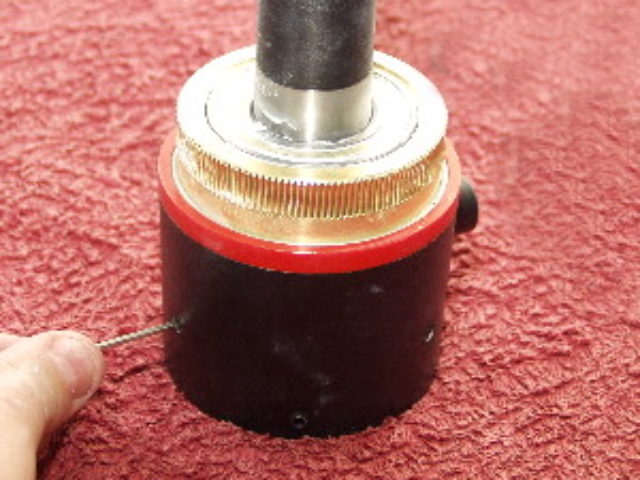 Set Screw TightenTighten down the 3 deep set screws on the Declination barrel. 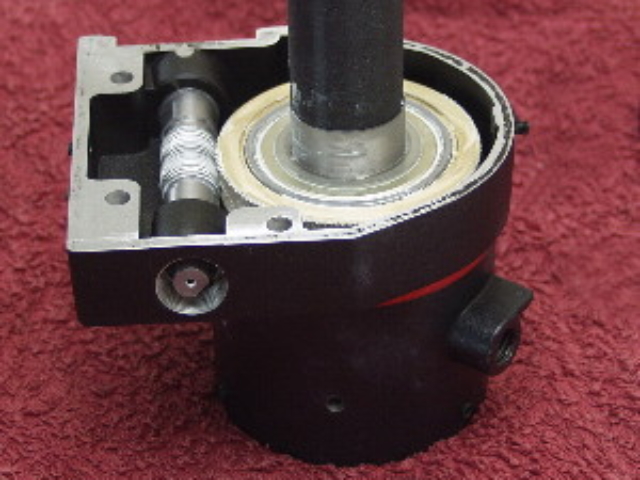 Replace Worm Carrier - Declination ShaftReplace the worm carrier onto the Declination shaft. Replace the clear washer on top of the brass gear. It' almost invisible in the picture above. 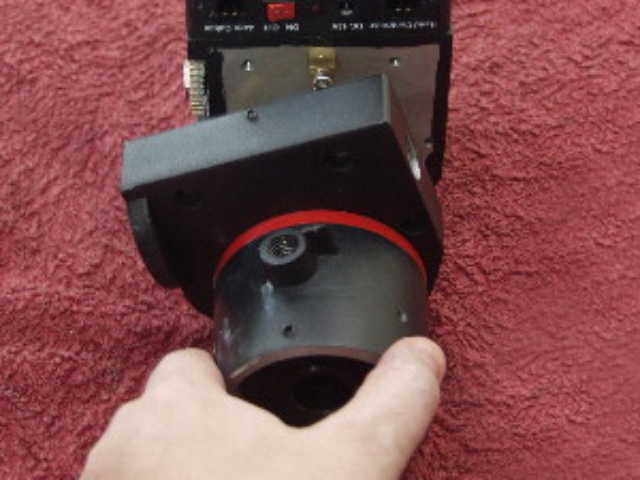 Slide in Declination ShaftSlide the declination shaft back into the main housing. 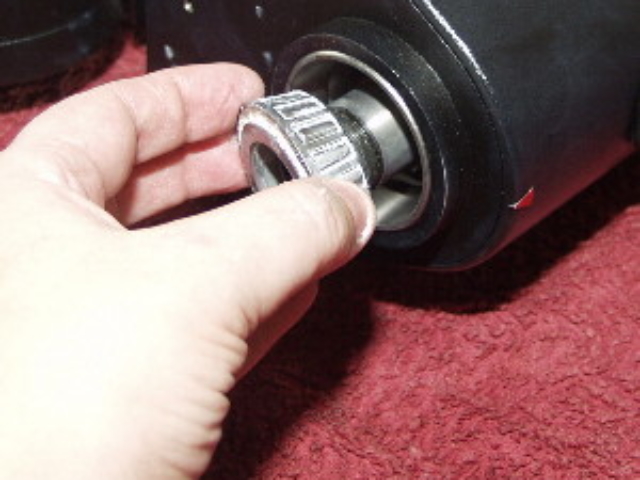 Replace Tapered BearingReplace the tapered bearing at the bottom of the main housing after lubricating it with lithium grease.
Note: If this wont push all the way in don't worry. As long as there is some thread showing on the Dec shaft for the counterweight collar. 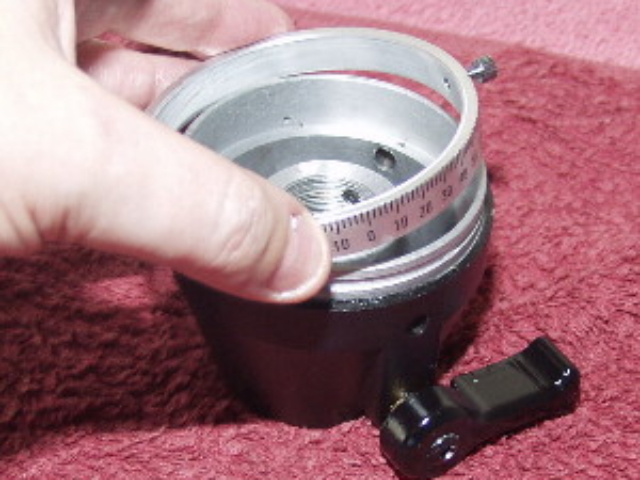 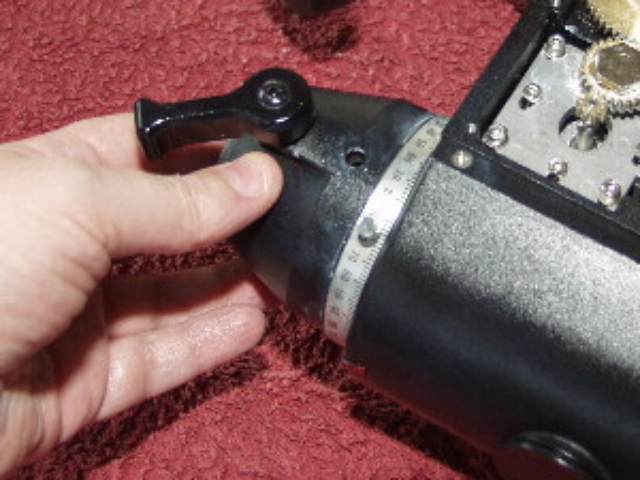 Replace Counterweight CollarReplace the counterweight collar. Tighten this down using only hand pressure. Tighten it as far as it will go and then back off until the counter-weight lock lever is in line with the Declination lock lever.
Note: The threads on this part of the mount can be very stiff - I applied a small squirt of WD40 to ease
the threads a little. 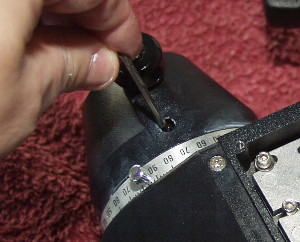 Tighten Set ScrewsTighten the 3 set screws in the counterweight
collar. 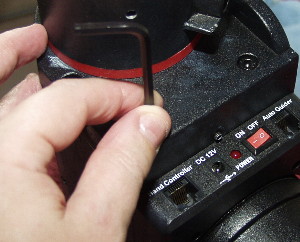 Replace Cap Head BoltsReplace the cap head bolts (normally silver
coloured) with just enough pressure to hold the
worm carrier in place. Make sure the carrier is lined
up with the mount.
Note: The worm engagement will need to be
adjusted this is covered in the guide HERE. 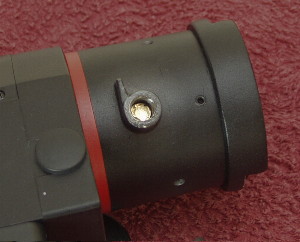 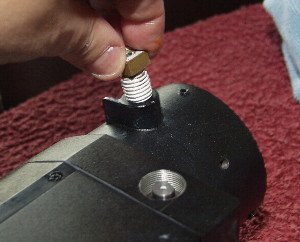 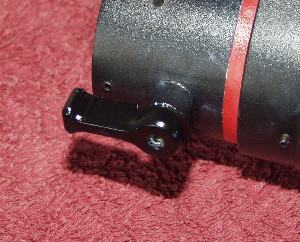 Replace Declination Lock LeverReplace the Declination lock lever and make sure it
is free to move to both lock and release the
declination axis. 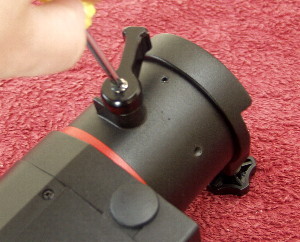 Replace Silver ScrewsReplace the silver Phillips screw in the Declination
lock lever.
At this point you will need to adjust the worm/motor engagement. This procedure is covered HERE. When worm/motor engagement has been completed proceed to the final step of replacing the motor covers. 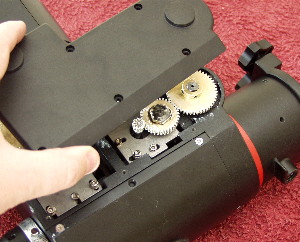 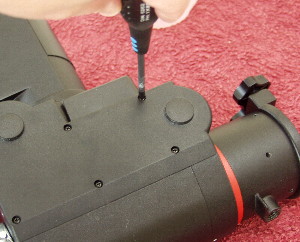 Replace Philips ScrewsReplace the 6 Phillips screws in the motor cover.